"Exams, Caribou, Steamed Buns, Yum!" is the eighth episode of season one of the Yuru CampΔ anime series.

Chiaki and Aoi are engaged in Outdoor Activities Club activities even before the exams. Today, they will take care of the wooden tableware and skillet that Chiaki bought. They also pull in Saito who passed by and brings flowers to the next camping trip. At the end of the exam period, the Outdoor Activities Club will go to an outdoor goods store (Caribou) to excitedly shop for attractive items. However, camping equipment is not easily accessible at adult prices. Nadeshiko decided to start a part-time job because of her desire![1]

Aoi heads to the The Outdoor Activities Club noting that Chiaki wanted to show her something. In the clubroom, Chiaki tries out a new sleeping bag and struggles in different positions to try and stay warm in it. With Aoi now there, Chiaki sets up a small table with a wooden bowl, utensils, and metal skillet. Chiaki purchased the entire set for just under 2400 yen in hopes to compete with a couple of veteran campers the club ran into on their last camping trip. Curious to know where Nadeshiko is, Aoi answers that she doesn't know and that she was going to go home and study for the upcoming exam. Nadeshiko then sends the two a bunch of texts with pictures, which Chiaki replies she should go home and study. To that notion, Chiaki notes that she should go home too, which pleases Aoi as she wants to go home and study. It's then she points out the wooden bowl that Chiaki has isn't fit for hot foods, which displeases Chiaki as she planned on using it for such. Curious as to why hot things can't be used with the bowl, Chiaki uses her smartphone to learn why. Unintentionally, Aoi suggests a workaround to help with their wooden bowl predicament and Chiaki demands they try it out much to Aoi's dismay.

Elsewhere, Nadeshiko sits by a train station noting that after the exams winter break starts and what she'll do for new years. Meanwhile, back at the school, Chiaki and Aoi use the science room to try and remove the lacquer from the wooden bowl. Eventually, the two are joined by Ena who helps them with their task. When they're finished, Nadeshiko sends a selfie to Chiaki suggesting they all go on a Christmas Camping Trip in the future. Initially, Aoi declines as she wanted to spend time with her boyfriend around that time, which shocks Chiaki. However, Aoi states that she was joking and that she really spends time with her family, but is willing to go along with the camping trip idea. She also invites Ena for the trip as well and Ena states she'll give her response after the exams are over. Thereafter, Ena leaves, and both Aoi and Chiaki decide to go home as well. Before they do, however, they send Nadeshiko a picture announcing the club's last camping trip for the year. That night at her home, Chiaki tries some simple corn soup with the wooden bowl without the varnish only to learn that it tastes gross.

After the exams, Nadeshiko, Aoi, and Chiaki take a train ride while it's shown how each one of them did. Confused as to why Aoi and Chiaki didn't get off at their stop, they inform Nadeshiko that they're going to Caribou, a camping specialty shop. There, Nadeshiko is fascinated by a retro-styled gas lamp, but cannot get it due to the price. Browsing the place, Nadeshiko is advised on the different types of camping mats there are by Aoi.

Meanwhile, Rin arrives home and informs her mother Saki that she'll be heading out later to go back to work. She then gets a picture text from Nadeshiko and the others at the Caribou. Rin notes that Nadeshiko is an official outdoors addict now and recalls how tasty the dinner she made was. Back at the Caribou, the girls enjoy lounging in camping chairs. They then talk about buying things beyond what they're capable of paying for. After learning what jobs Aoi and Chiaki have, Nadeshiko considers getting a job herself. They then talk about their new history teacher Toba-sensei noting how nice she is. Chiaki then details that Toba-sensei frequents the liquor store she works at and always purchases a 6-case of beer when she's there. This earns her the moniker, "Miss Chugs".

Rin and her mother are browsing the local area on Google Street View. Rin discovers Nadeshiko in one of the images. 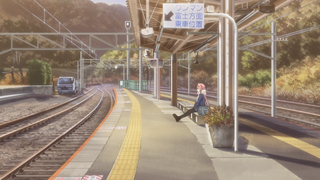 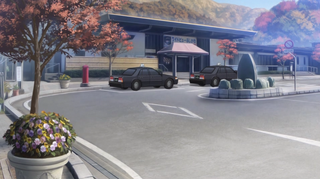 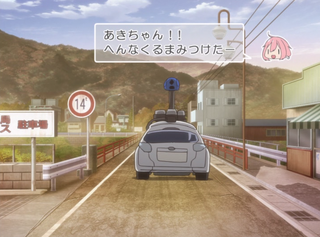 Retrieved from "https://yuru-camp.fandom.com/wiki/Exams,_Caribou,_Steamed_Buns,_Yum!?oldid=4111"
Community content is available under CC-BY-SA unless otherwise noted.