Surprise Camping and Some Deep Thoughtsたなばたキャンプと改めて思ったこと

"Surprise Camping and Some Deep Thoughts" is the third episode of season two of Yuru CampΔ.

Nadeshiko's New Year is relaxing at Grandma's house in Shizuoka. Nadeshiko was very happy with the eels from Lake Hamana after inviting Rin who was there earlier! When Grandma got hungry and got home, Ayano, a childhood friend of Nadeshiko, welcomed her.[2]

Nadeshiko is heading out to visit her grandmother in Shizuoka for the New Year's holiday. When she learns that Rin will be in the area for a couple days as well, she invites her to stay at her grandmother's place for a night. Rin drives along the coast to a new camping location in Hamamatsu, where she joins a crowd to watch the sun going down over the large torii installed in the lake. She meets Nadeshiko at the train station and they go for lunch together to eat eel, which is the local specialty. At grandmother's house, they are greeted by Nadeshiko's friend from middle school, Ayano Toki. Ayano tells stories of how Nadeshiko changed since she was younger. That night the three of them go to the observation deck at Lake Hamana together. Rin tries to explain why she likes solo camping; how it is a way to appreciate loneliness.

Inuko-san "explains" how Mount Fuji moved from Toyama Prefecture on the north coast to its current location. Nadeshiko is skeptical.

The girls look out over Lake Hamana

Rin, Nadeshiko, and her grandmother enjoy the strawberry drops which Rin bought earlier

Rin, Ayano, Nadeshiko sit at the kotatsu playing The Game of Life
Add a photo to this gallery

Lake Hamana from the observation deck 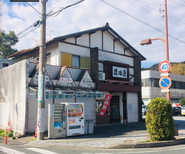 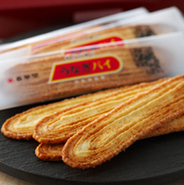 Eel pie
Add a photo to this gallery

Retrieved from "https://yuru-camp.fandom.com/wiki/Surprise_Camping_and_Some_Deep_Thoughts?oldid=4097"
Community content is available under CC-BY-SA unless otherwise noted.